A traveling forge, when combined with a limber, comprised wagons specifically designed and constructed as blacksmith shops on wheels to carry the essential equipment necessary for blacksmiths, artisans (called Artificiers in the Army) and farriers to both shoe horses and repair wagons and artillery equipment for both U.S. and Confederate armies during the American Civil War, as well as by western European armies. The traveling forge was frequently also referred to in The Official Records simply as a forge, and sometimes referred to by Civil War buffs as a battery forge. 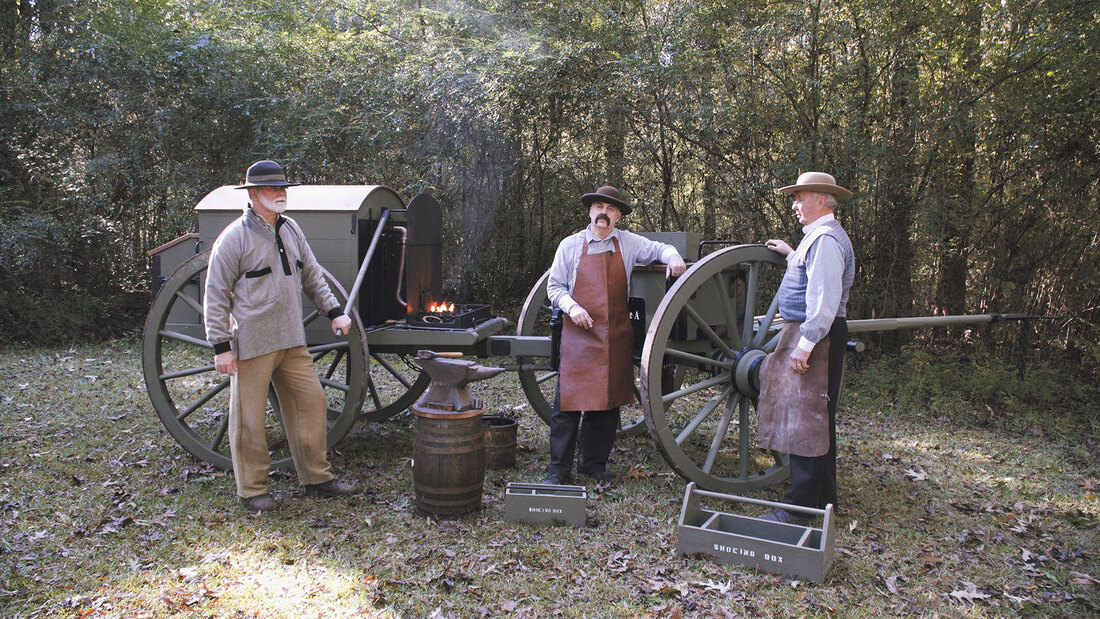